Well then, you already got a handgun or boomstick and decided to get some cavalry for them? Smart move for these times, because prices in the firearms segment do not seem to reduce at all.

Not a big surprise if you are deciding on some AR15-based piece or want to be a bad guy with AK, because Athe popularity of these platforms speaks for itself. Or maybe you are looking at the rising star of the US market, IWI Galil? These platforms share compilable mags, use popular ammo calibers and have various customization options, so all of them are a nice way to start.

Then no more doubts, let's figure out which of these 3 is the best platform for the first stages of your marksman path!

Yep, this aspect is a bit hairier than years ago. And trends are not going to change, so it may be better for your wallet to make the purchase now rather than wait for more. Let’s take a closer look. Let’s not beat around the bush and admit that basic AR15 platforms are in the lead of the ‘’don’t kill my budget’’ train. At the moment of writing this text, the average price of the budget, but acceptable AR is about 700$.

And on the opposite side of that train is IWI ACE of the same caliber which cost about 1800$, which is almost 2.5 times expensive.

AKs pricing is a bit more volatile. It should be mentioned that most of AKs platforms are divided into two groups:

And these two groups differ by the price and by the functional properties, which we will sort in the following sections. The average cost of AKs with some Eastern-European lineage varies between 800 to 1200, and the US-born AK will plunk your wallet with more than $1200 expense. The ammo issue is still relevant, so caliber should be considered before buying as well. 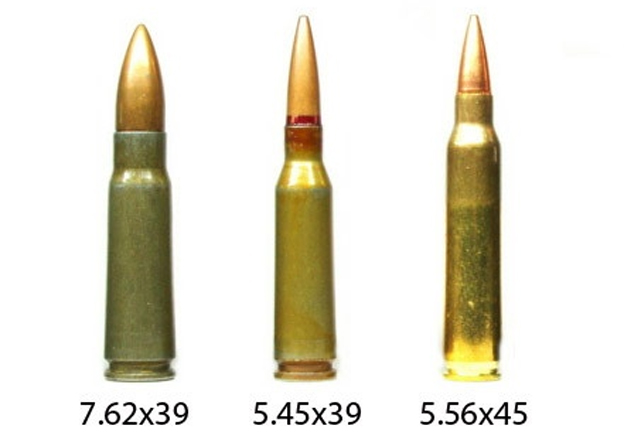 5.56 and its civil version .223 are the most common and popular calibers in the US after, maybe, 9mm.  Therefore, it has the highest demand. If it appears on the shelf of an ammo store, it will not last for a day. On the other hand, AK’s 5.45 and 7.62 are not so widespread, demanding and besides, there is a flow of imports from Russia, Balkan countries, and even Ukraine. It means that in actual circumstances getting a few boxes of AK ammo is way more realistic and affordable.

Every gun loves to be clean, lubed, and dry! But there is a big difference in the impact of harsh conditions and frequency of service on different platforms' performance.  And one of the crucial factors of firearm endurance is the impingement system. As you can see, AK has fewer parts that make it a lot easier to clean and lube.
It doesn’t mean that if you’ll buy an AK or Galil ACE, you’ll not have to take care of it. Сleaning and lubing are always required after every range time, but with AK-type platforms, you won’t have to panically avoid rain, dirt, and long shooting sessions in the wilds. However, its qualities don’t make it immune from bolt sticking, corrosion, jamming, and other issues that are common for any firearm that doesn’t get maintenance in time. So take good care of your weapons. Besides, the process of disassembly for cleaning of AK is faster and easier for a bit.

And if you’re living in the northern states with frosty winters - check out this video for clarity.

What can be as pleasant as shooting your rifle? It’s showing off with your modded tactical piece that you assembled with your own hands! And yeah, in this field AR beats AK and Galil both. 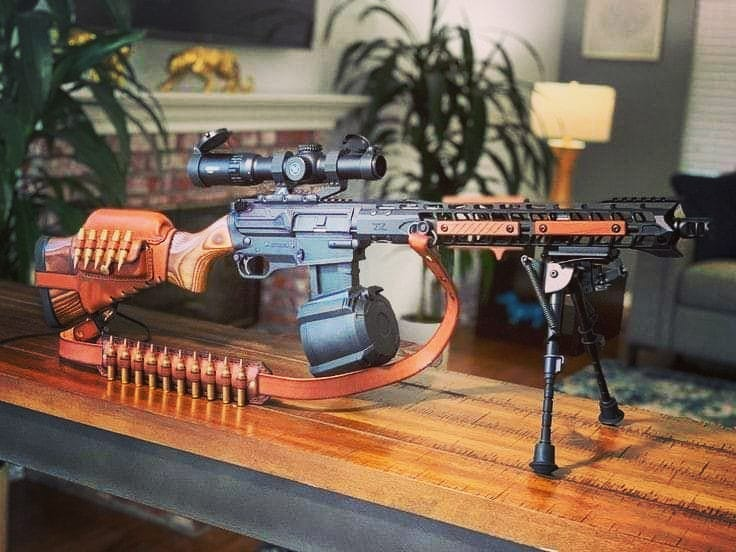 With enough enthusiasm and persistence, you can transform an AR into something completely different.

Due to the popularity of AR platforms, there are tons of various grips, stocks, uppers, lowers, barrels, and everything else that an aesthetic gun lover can even demand. Moreover, module construction and Picatinny rails of AR lets the mode itself be easy, so you don’t need your own workshop and tools.
If you’re living in New York, New Jersey, Massachusetts,  Connecticut, or California, then it's definitely better to choose AR. Unlike AK and Galil, it has a bunch of legal-compliant versions that are easy to buy.
Sure, AK and Galil can be customized too. But there are less options and parts available on the market, its price is higher, and the process of searching and adjusting will require more time and proficiency.

Long story short: armor-piercing 7.62 from AK are able to puncture iron rail, unlike 5.56. Due to higher mass and higher starting velocity, 7.62 and 5.45 ammo has a devastating effect on everything that it hits at a distance of about 300 meters for the first one and 600 for the second one. But on longer distances its mass playing its role that leads to really significant bullet drop. AR15, as well as IWI Galil with 5.56 can hit the target up to 2500 feet. With a higher fire rate, what is important too!

And it’s worth saying that the ergonomics of AR and Galil for an inexperienced shooter is a bit better than AK:

Sure thing, all the specifications are hardly dependable on a particular model of the rifle and vary depending on the manufacturer.

So what to choose?

If you have plans for regular practice and skill-building, we would definitely recommend AR15. Due to its ergonomics, high customization cap, and firearm market current situation, AR has strong advantages as the first rifle in your arsenal. You’ll be able to adjust its design for your changing needs and proficiency, there are tons of guides and other educational materials on the Internet, and what’s more important: it costs less for the same quality in comparison to AK. And it’s just easier to handle if you had never operated a rifle.

But if you’re looking for something that you can put in a stash for half of the year, and then one day grab it and move to the wilds to shoot some game or just bottles despite weather conditions and duration of that trip - AK is your pick. Well, you can even bury AK underground in some cover, and dig it out when things hit the fan.

As for Galil IWI ACE - they are amazing platforms. Well-performed, reliable and good looking, but not quite suitable for a beginner due to high price and low customization cap. Because you’ll definitely would like to try some adjustments for your new toy. What's going on in Ukraine, homeland of PODAVACH?

PREHISTORY OF TODAY'S EVENTSAt first in 2015, PODAVACH developed the U-Loader to help Ukrainian troops at the front l...
Read More The Steyr AUG assault rifle is a reasonably popular weapon in history. It has been developed since the late 1960s by ...
Read More